Toxic Shock Syndrome: The Deadliest Time Of The Month 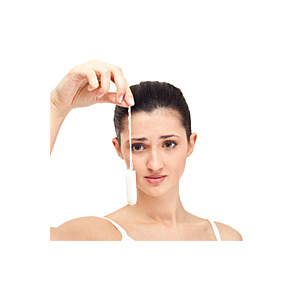 Do you know that your period could put you at risk of deadly Toxic Shock Syndrome every month?

On average 40 people each year in the UK are diagnosed with Toxic Shock Syndrome, and half of those lose their life as a result. Although rare it is an incredibly dangerous condition that is most commonly developed as a result of wearing tampons. Since it is such a rare and complex condition it is not entirely clear why tampons can cause Toxic Shock Syndrome, but the most believed theory is that the tampon can cause infection and pass it into the bloodstream. Super-absorbent tampons are the biggest culprit. Since they can be worn for longer periods of time, the tampon becomes the perfect environment for bacteria to grow. This bacteria can then be absorbed through the vaginal walls and into the bloodstream where it spreads throughout the body, causing damage to tissues and disturbing vital organ function. TSS is treated as a medical emergency since it can cause so much damage to the body incredibly quickly and even lead to death. Symptoms include vomiting, rashes, dizziness, feeling faint, aching muscles, diarrhoea and even shedding of skin in later stages. If you experience these symptoms when on your period you should immediately remove your tampon and consult a doctor. Although changing tampons regularly can reduce the risk of Toxic Shock Syndrome, it is not a failsafe solution. The best thing you can do is stop using tampons altogether and choose a body-friendly alternative. 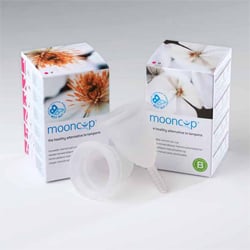 Menstrual cups are becoming increasingly popular amongst women in the UK. Unlike tampons, they collect rather than absorb your menstrual fluid. This prevents bacteria from developing, and since the blood is collected away from your vaginal walls there is no risk of bacteria passing back into your bloodstream. There are other benefits of menstrual cups too. They are reusable, so are much kinder on your pocket and on the environment. They can be worn for up to 12 hours at a time which makes them much more convenient. They do not unbalance your vagina’s healthy pH levels so reduce the risk of bacterial vaginosis and, unlike tampons, they do not contain highly absorbent chemicals and bleach. Saturday 8th June is National Tampon Alert Day, an annual campaign to raise awareness about the risk of Toxic Shock Syndrome to tampon users. Tell your friends about the dangers of TSS and make them think twice next time they reach for the tampons. If you want to take care of your body, we’re offering a 10% discount on all menstrual cups for this weekend only. Give one a go… you’ll never look back!