At StressNoMore we love to inspire our readers as well as help and educate them to live a happier healthier life. This week we are talking to our guest poster Personal Trainer and Gym Manager Jason Diprose about his own transformation story, from heavy weight teenager to fitness fanatic and personal trainer, Jason has had regular radio slots on Minster FM and Viking FM helping the nation to combat obesity and has also appeared on Look North. Jason highlights how any health anxiety or body worry can inhibit your life seriously but there are ways to combat these anxieties, through perseverance and hard work. We’re also a big fan of Jason's because he understands the importance of fitness to women and how a weak pelvic floor needs care and consideration when exercising, Jason is the King of safe pelvic floor exercises for women and we’ll be featuring more of these in the coming weeks. Moreover, we’ll be discussing how he’s helped 100s of women and men get fitter and healthier and how we can look forward to him showing us a series of tailored videos in the coming weeks which will help you strengthen your pelvic floor muscles from the gym or your home environment. Do you have an ailment that you feel inhibits your life? Are you embarrassed because of a problem you have? Hopefully after reading this you will feel ready to turn that around and reap the rewards of your own success! Here’s Jason’s story… 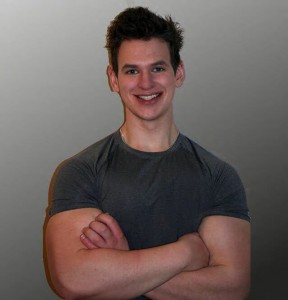 I have trained lots of women throughout my career as a personal trainer, from all walks of life all with the aim of fixing a problem. Post pregnancy training is one of the most common reasons women all over the country are walking into gyms for the first time or purchasing home fitness equipment. In fact, getting rid of post pregnancy weight gain and even tightening up the stomach / strengthening the pelvic floor are goals I have encountered almost as frequently as standard fitness and weight loss related goals during my time as a fitness professional. How can it be done? Without much complication is the simple answer. It’s easy when you know how! I’m proud of the fact that I’m one of the few people who can genuinely say they got into the industry for the right reasons, rarer still is the fact I have maintained that standard throughout my career – with hard work and dedication you can achieve anything you want to. It’s been a great delight of mine to train clients from every walk of life. Quite possibly my proudest experiences as a personal trainer have come from training individuals who perhaps thought there was no hope for them in a gym based environment. This has ranged from cases of extreme arthritis, to victims of amputation and even wheel chair based training. One particular client found herself playing a vital role in the Olympic opening ceremony on a trapeze…with one leg. If that isn’t majorly inspiring, nothing is. I think it’s absolutely crucial to be able to train people of all ages. We all get the fitness bug at different stages in our lives, sometimes out of choice, and sometimes because we’re forced into action for underlying medical circumstances (similarly to myself.) My oldest client to date was the tender age of 88 years old, though it was perfectly common for me to train people anywhere between the ages of 60 – 80 as part of my weekly schedule. I much prefer training the older generation, we have more to talk about and hold the same values! When most people think of mental conditions, they picture somebody with a visual disability. This is exactly why it has become increasingly difficult for people with the most common mental conditions to improve their health, because they are well aware that something isn’t right inside, but not everybody else can support them with it, as there isn’t always any visual impairment. Two of the most common conditions in today’s society are anxiety and depression; it’s crucial anybody suffering with them is able to raise their level of endorphins through physical activity and improve their mental state. Sadly, these two conditions are also two of the most difficult to train with, as they really hinder an individual’s ability to muster and sustain their will power. I have first hand experience training people with these conditions and wholly understand their needs. A weak pelvic floor is something which inhibits a lot of women from entering the gym and exercising but this really shouldn’t. There are exercises which are safe and comfortable and which will actually strengthen and fix this issue.

Growing up I was entirely at the mercy of my social peers and their expectations of what it meant to be a successful human being. Sadly, not once did I meet their expectations – I was FAT. I know, it’s a nasty word, I’m probably not even allowed to use it any more (can someone look into that for me?) but that’s what I was. Not a problem right? I didn’t really think so at the time. This ignorance coincided with a pitch black hoodie that I wore like skin, hood up at all times, a bad taste in music, and generally an awkward attitude that was entirely circumstantial and based on my fears and anxieties. In short, what you wanted to be as a teenager in the era of my school year, I simply wasn’t. I was the antithesis of popularity, and my very presence was enough to make even the smoothest jock tremble at the knees in fear of making eye contact with me and momentarily losing his social grace. [caption id="attachment_2544" align="alignright" width="300"] 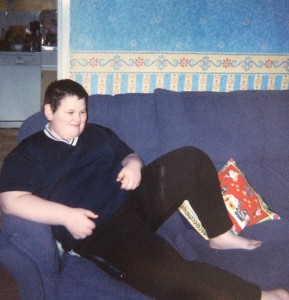 At 14, unhappy, unhealthy and overweight[/caption] At the height of my engorgement, I reached an almighty 21 stone – but it wasn’t necessarily the weight gain that was of principle concern by this point, it was the experiences I’d never had, and the life I’d lost. You probably think I mean at the end of my life, I’m actually talking about the life I’d already lost growing up – everything you’ve come to take for granted about your childhood memories of secondary school and college I probably didn’t experience. I’m not talking about pedal cars and Lego houses (if you were still playing with these by secondary school you’re probably the kind of person I’d love to be friends with NOW by the way), I’m talking about walking into the school gates and not feeling like everyone was watching you with disdain. Most people likely didn’t enjoy school much, but they probably weren’t scared of going because of the sheer worry over the viciousness of what people would do or say to them. Sadly, that became my normality. I spent my life feeling ashamed and BEING shamed, because I wasn’t, what society had decided, was a successful teenager. By year nine, and at the age of 14 – I couldn’t cope with going to school any more. I was sick of feeling afraid and being judged for nothing more than trying to be my version of a normal person. I got taken out and home schooled until I was old enough to go to college, by which time my weight had ballooned to catastrophic levels. I’d also become partial to drinking, and at the lowest point of my life, I couldn’t even face going in to college without being drunk – it was the only way I felt I could cope with my social anxieties. I was a complete train wreck - food fuelled my discomfort, and my discomfort fuelled food and drink. I got stuck in an almost irreversible vicious circle of the most potent kind that, had I not met one of my best friends, would have continued to surround me to this day. If I’d still been lucky enough to be here. 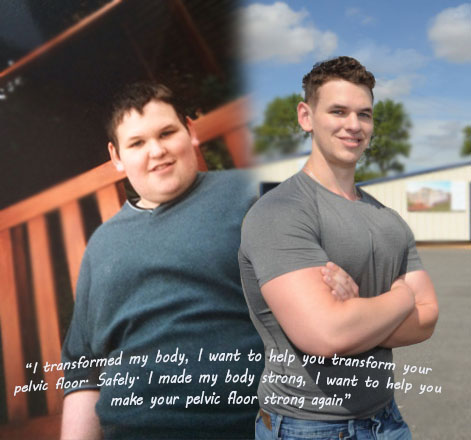 There is a very good reason I’m sharing this, and that’s because I turned all of this around within a 10 month period – I went from being a 21 stone recluse to losing 10 stone and entirely transforming not only my way of thinking, but the life I lived in the process. Of course, there was the physical transformation, which at the time was my principle target, but as I’ve developed I’ve come to realize that this was simply second place when compared to the change in outlook I attained and the quality of life I’ve been able to live since as a result. Not one element of my old self is the same, save for the love of bad music and underlying personality I was often too afraid to let loose at the time. I followed a strict eating regime, performed cardiovascular exercise before breakfast at 5:30 in the morning; this was all before later heading to the gym to train with free weights and machines to work my muscles. I did this religiously six days per week, without fail for 10 months – by the end, I had completely changed. I got so used to my regimented life style that I started to refuse to eat my meals without meeting a minimum set exercise target beforehand – this was on top of the two sessions I was already performing on a daily basis. That’s when I started to have too much of a good thing, and before I knew it, I had developed what’s now categorised as an excessive exercise disorder – this coincided with a restriction of calories that soon became so severe that my skin tone turned yellow and my state of internal disrepair was fast taking me towards Anaemic levels. All in all, I was in a new kind of trouble – the completely opposite kind to my former self. This comes largely from having an all or nothing mentality, which is absolutely vital when it comes to achieving your goals in any walk of life, but it’s crucial that you know and recognize the signs needed to safeguard against obsessive activity like mine before you cause your body problems that cannot be easily repaired. My proudest achievement will always be my transformations, because I’m one of the lucky people who has actually been at both ends of the scale and has managed to find a very happy medium where I’m not only at peace with my body, but my mind is in balance – I know when to exercise, and I know when not to. Equally, I know how much food is too much, and I know when I’m having too little. As a result of my journey, I became a successful Personal Trainer and Gym Manager so that I could access the people who were going through similar struggles in their own lives, and hopefully make an enormous difference to people that probably wouldn’t have had access to the level of support and knowledge that I had attained on my road to self contentment. One of the most fantastic elements of my work is the fact that I am faced with new challenges on an almost daily basis; weight management is only one aspect of an incredibly vast sea of exercises, training systems and problems that need solving. Luckily, I have become rather adept at fixing all manner of body related problems. No matter what age you are you can benefit from living a healthy lifestyle, eating healthy and exercising as often as you can be it at home or in the gym, you will improve your mental and physical well being. I’m absolutely thrilled to be able to share my knowledge with you over the coming weeks in a bid to improve your current situation. All I ask is that you bring a willing attitude and a water bottle. These are the only two ingredients necessary to create your success story.
6 January 2016
Categories
Tags were not found