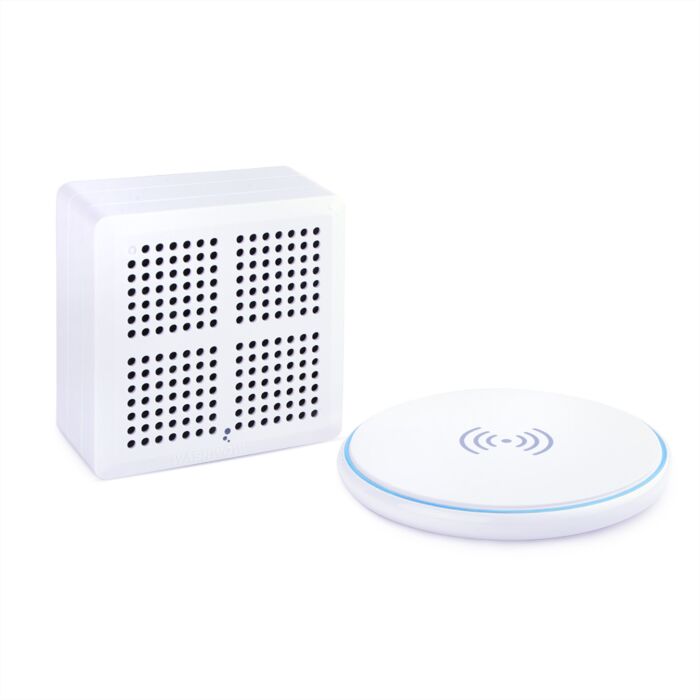 Skip to the beginning of the images gallery
-20%

Portable, Chemical-Free Clothing Steriliser that Fits in the Palm of Your Hand!

WASHWOW is the washing machine of the future, only it fits in your handbag for portable washing and sterilising of your clothing, including delicates such as lace, silk, cashmere and wool. It requires zero chemicals, detergents or softeners to effectively remove bacteria and dirt from not only your clothing but also fruit, veg and baby essentials such as dummies and bottles.

In testing, WASHWOW eliminated 99.98% of bacteria without a chemical-laden detergent or soap in sight.

WASHWOW is the laundry solution of the future and is perfect for:

So, How Does WASHWOW Work?

The interior of WASHWOW is coated with a noble metal which, when in contact with water, creates a reaction, turning plain tap water into a sterilising agent. You can actually see the water particles splitting as this reaction takes place; the water begins to bubble and fizz, this means WASHWOW is sterilising your items, whether clothing, food, or baby essentials.

It’s not just for on-the-go! Washwow can be used to clean and sterilise delicate materials that you don’t want to put through the washing machine. Washing machines can be very hard on clothing, and that’s before you’ve thrown your detergent in with it. Machine washing can alter the shape of your delicate clothing as the process used is quite rigorous. The added laundry detergent and softener can break down delicate fabrics and lead to bobbling over time. Washwow uses nothing but water, yet is exceptional at removing light dirt, germs, bacteria and bad smells.

A full wash takes 20 or 25 minutes depending on which cycle you use – larger loads will need the longer cycle. The device will automatically switch itself off when the wash is finished; you can then take it out and use a paper towel to dry it before re-charging on the portable, wireless charger provided.

Harness the Sanitising & Disinfecting Power of Electrolyzed or Acid Water

It’s a kitchen degreaser. It’s a window cleaner. It kills athlete’s foot. Oh, and you can drink it. Approved by U.S. regulators it is starting to replace the toxic chemicals Americans use at home and on the job. Scientists say is powerful enough to kill anthrax spores without harming people or the environment.

Actually, it’s chemistry. It turns out that zapping salt water with low-voltage electricity creates a couple of powerful yet nontoxic cleaning agents. Sodium ions are converted into sodium hydroxide, an alkaline liquid that cleans and degreases like detergent, but without the scrubbing bubbles. Chloride ions become hypochlorous acid, a potent disinfectant known as acid water.

“It’s 10 times more effective than bleach in killing bacteria,” said Yen-Con Hung, a professor of food science at the University of Georgia-Griffin, who has been researching electrolyzed water for more than a decade. “And it’s safe.”

It’s big in Japan. People there spray it on sushi to kill bacteria and fill their swimming pools with it, eliminating the need for harsh chlorine. Doctors use it to sterilize equipment and treat foot fungus and bedsores. Minnesota food scientist Joellen Feirtag said she was sceptical. So she installed an electrolysis unit in her laboratory and began researching the technology. She found that the acid water killed E. coli, salmonella, listeria and other nasty pathogens. Yet it was gentle enough to soothe her children’s sunburns and acne.

“This sounds too good to be true, which is really the biggest problem,” said Feirtag, an associate professor at the University of Minnesota. “But it’s only a matter of time before this becomes mainstream.”