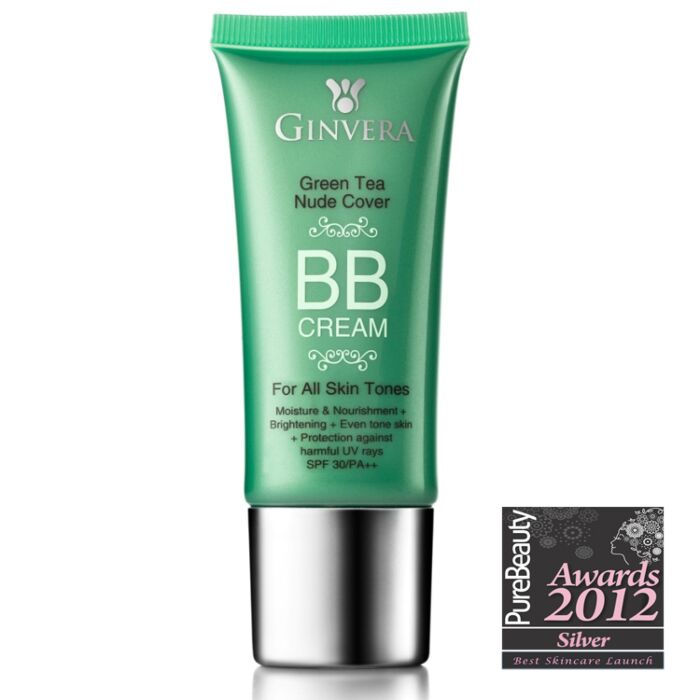 BB creams are the new ‘must-have’ but Ginvera has a BB Cream like no other.

BB Creams (short for Blemish Balm) combine the benefits of skin care and make-up in one. Originally developed by a German dermatologist in the 1950’s, BB Cream was initially used to protect skin after surgery and laser procedures, whilst providing light coverage for scarring and discolouration.

Originally introduced into South Korea in its cosmetic form, BB Creams have been named ‘the secret of Korean actresses’, renowned for their bright, flawless complexions.

Winner of 'Best Skincare Launch' at the Pure Beauty Awards 2012! 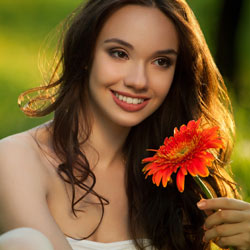 Ginvera Green Tea Nude Cover BB Cream is different to other BB Creams. Its tone has been praised as the closest to the skin’s natural tone, unlike so many other BB Creams which leave an un-natural ‘pink’ shade. Its fine consistency blends and sinks into skin nicely, leaving a lovely dewy finish.

Established over 25 years, Ginvera Green Tea has been pioneering the manufacturing of beauty and skin care products in Singapore. Since its first launch, the Ginvera Green Tea Whitening series has remained popular in the market with its highly effective products. The series contains Green Tea extract as its main ingredient, enhanced with soybean extract and herbal ingredients to restore skin’s fairness and clarity the natural way.

Ginvera Green Tea Nude Cover BB Cream can be used in so many ways and has a wide range of benefits. It can be used as a primer for your make-up, a light foundation on it's own and also works great as a concealer. It works to fight against free radical and UV damage, helps oil control, moisturises skin and protects against ageing; all while providing you with bright, flawless-looking skin.

The Green Tea extract in Ginvera has 20 times more anti-oxidant power compared to Vitamin C, providing superior protection against harmful UV rays by donating electrons to the free radicals, hence rendering them less harmful and reducing UV-related photo-ageing which is mainly responsible for most signs of pre-mature ageing.

Directions for use: simply squeeze an adequate amount on to your fingers and tap gently on your skin for even coverage. Light, fine texture blends softly and can be re-applied without signs of build-up.