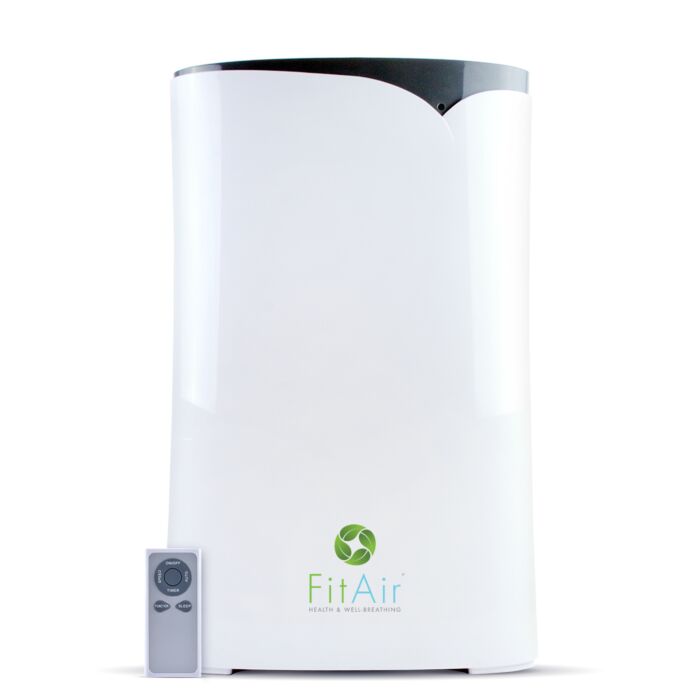 Purify Your Air and Kill Viruses Before They Attack 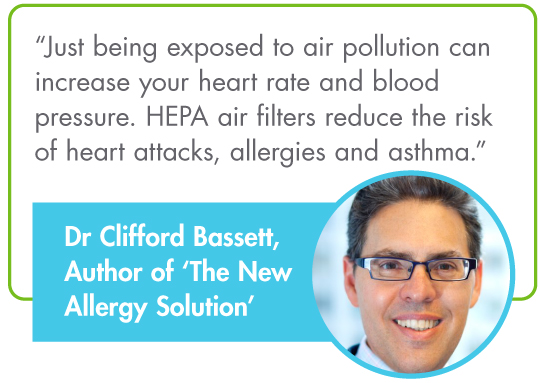 Zeus is an almighty air purifier, certainly one of the greatest in the family. With a built-in ionizer, 3 forms of filter, and Ultraviolet sterilisation, Zeus quickly and efficiently kills viruses before they have the chance to attack you and your loved ones.

The strong Zeus purifier kills 99.9% of airborne viruses and bacteria - this includes coronaviruses and other types of cold and flu viruses/infectious bacteria and is effective in rooms up to 27m².

This mighty unit is equipped with 7 stages of purification, including HEPA filter, carbon adsorption, UV light and an ionizer. There’s no doubt that Zeus has the power to care for you and your family.

FitAir® Zeus produces a strong UV-C light that kills airborne microorganisms such as bacteria, viruses, moulds and other harmful pathogens. These pathogens would otherwise infiltrate your respiratory system and cause anything from a nasty common cold to a life-threating illness such as the Coronavirus that began in China in January 2020. You have the power to stop viruses such as this in an instant with this formidable, virus-killing air purifier. 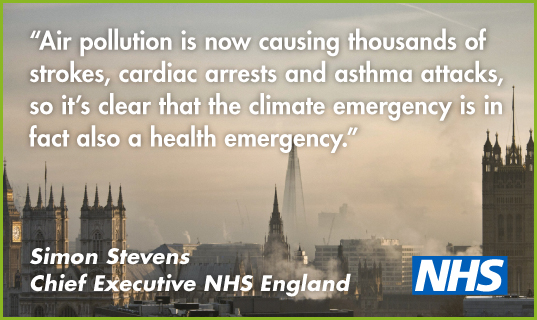 The Impact of Poor Air Quality

Each year emergency services see more than 120 additional cardiac arrests, more than 230 additional strokes and nearly 200 more people with asthma requiring hospital treatment on days of high pollution compared with the average on days of lower pollution. Aside from the frightening health complications, this adds extra strain on our already stretched NHS.

Simon Stevens, the chief executive of NHS England, said: “These new figures show air pollution is now causing thousands of strokes, cardiac arrests and asthma attacks, so it’s clear that the climate emergency is, in fact, also a health emergency." 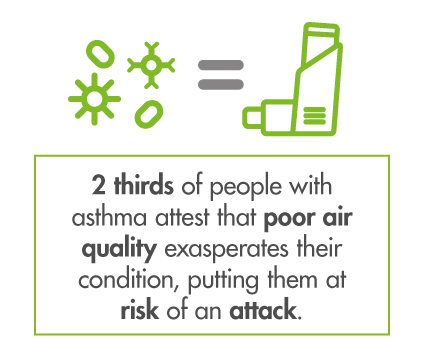 Asthma UK – the leading campaigners for sufferers of asthma - is campaigning for cleaner air, to reduce the risk of asthma attacks and stop people with asthma having to worry about the air they breathe. Through their research, Asthma UK has discovered that around 2 thirds of people with asthma attest that poor air quality exasperates their condition, putting them at risk of an attack. There are many pollution particles that are small enough to get right into your lungs.

Air pollution is a possible risk factor for everyone with asthma, but some people are more at risk and may be affected by pollution even on moderate or low pollution days:

Whether caused by damp, mould, living in a traffic-heavy area or close to power plants or if there are smokers in the home, it is vital to keep the air clean to control asthma and avoid attacks.

The Guardian reported in October 2020 that adverse effects of air pollution on our health from cradle to grave have been underplayed. Researchers have found that an incremental increase in nitrogen dioxide, largely produced by diesel vehicles, heightened the risk of common mental disorders by 39%. For tiny particle pollution, which comes from burning fuels, and brake and tyre dust, the risk rose by 18%.

Scientists also found that people living in places with higher levels of particle pollution were twice as likely to experience mental health problems as those in the least polluted areas. The researchers acknowledged that other factors were important for mental health, such as genetics and childhood experiences, but added that, unlike these, air pollution could be prevented.


FitAir Zeus Automatically Monitors the Quality of the Air - Then Cleans it!

How does Zeus work?

You can enjoy clean air whilst you sleep with the easy sleep mode function on your FitAir® Zeus. Simply push the night mode button and your Zeus will enter quiet, energy-saving mode - ideal for light sleepers!

Many people deal with poor indoor air quality using aerosols, plug-ins or scented candles. However, the pleasant aromas associated with such products only overpower the existing smells. In other words, they re-odourise, but don’t de-odourise! Sprays and fresheners only coat airborne pollutants in even more chemicals, which we then inhale. Did you know that 86% of air fresheners tested by the NRDC contained cancer-causing phthalates; even those marketed as ‘all-natural’ and ‘unscented’?

This powerful air purifier and virus killer is suitable for every home and business. Zeus can take care of rooms up to 27m² and is perfect for use in the home and within professional settings such as doctors and other healthcare facilities, children's nurseries, beautician rooms and office premises.

Anyone with allergies or hay-fever and those susceptible to illness will benefit greatly from the power of FitAir® Zeus. 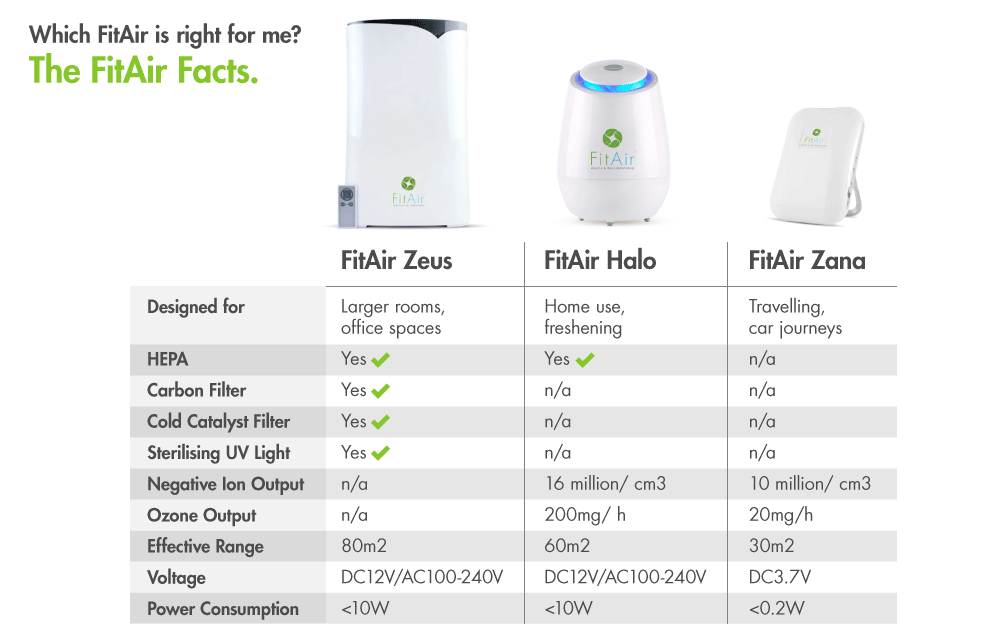