Next Day Delivery For Just £1 On All Orders. No Minimum Spend
Offer valid until 26/01/2020. No code required. UK Orders Only. 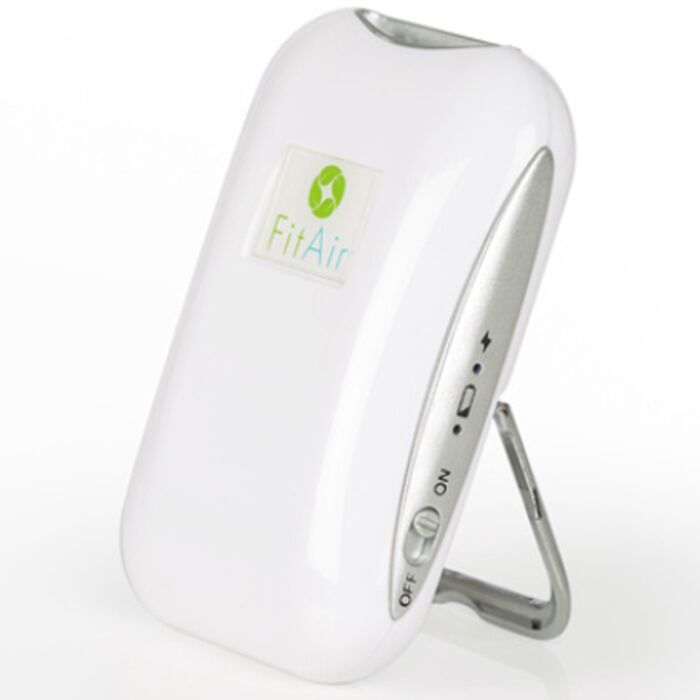 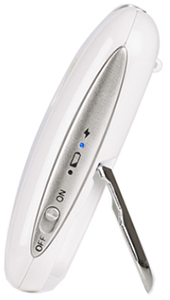 Get that fresh air feeling wherever you go with FitAir® Zana!

In mythology every mountain is said to have its own Zana who acts as a guardian angel for people on their travels. FitAir’s® Zana provides portable air cleaning to protect you from inhaling polluted air, wherever you go.

Brilliant for use on public transport or visits to hospitals, Zana’s anti-bactericidal technology means you don’t have to worry about catching a cold, while its carbon filtration screens you from smoke particles and exhaust fumes.

Zana comes with a neck strap and a convenient pop-out stand for desks and tables. With a convenient USB port, you can charge this unique unit from your PC or laptop - whenever you need it most!

Turn on Zana and get protected by your own personal guardian (or should we say guard-ION) angel!

How does Zana work?

Inside the air ioniser, oxygen from the air is negatively charged to form anions (ions with an extra electron). These are attracted to tiny airborne particles like VOCs, Biological Air Pollutants (like mould, bacteria and viruses) and Noxious Gases that are suspended in the air – not only do these create nasty smells, they can be dangerous to inhale. The anions attack and destroy any harmful microbials they come in contact with through a process known as ‘cell lysing’; this ruptures the cell wall of the structure and renders it harmless.

Zana doesn’t just protect you from breathing in unpleasant odours; it entirely removes pollutants from your personal air space that irritate your respiratory system and risk causing other illness and damage. 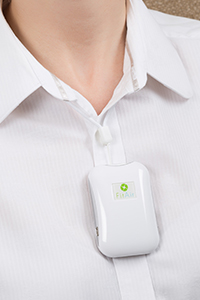 Unlike other personal ionisers which run out of battery too quickly – Zana works continuously for up to 12 hours. For ultra-long-haul flights or camping trips it even has a rechargeable USB port, so if there’s no plug socket, you can connect it to any laptop or USB host. Zana works whilst charging, meaning you don’t have to wait around or search for batteries – just get a constant supply of fresh air any time, any place!

With its easy to use LED indicator, you know when Zana is turned on, charging or full of battery; there’s no air filter to change and no liquids to insert, so it’s ready to go whenever you are! Featuring an adjustable lanyard to wear around your neck and a stainless steel bracket to set up on your desk, this lightweight little gadget is the definition of functional portability! 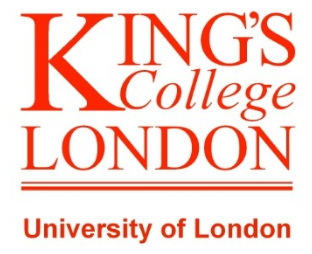 Each year emergency services see more than 120 additional cardiac arrests, more than 230 additional strokes and nearly 200 more people with asthma requiring hospital treatment on days of high pollution compared with the average on days of lower pollution. Aside from the frankly, frightening health complications, this heaps extra strain on our already stretched NHS emergency resources.

Simon Stevens, the chief executive of NHS England, said: “These new figures show air pollution is now causing thousands of strokes, cardiac arrests and asthma attacks, so it’s clear that the climate emergency is in fact also a health emergency.

If you are looking for an air purifier for a child’s bedroom, look no further than the FitAir® range. Our air purifiers kill up to 99.9% of germs and bacteria in the air. This is perfect for the whole family, but especially useful if you have young children. Younger children cannot blow their own noses, and their understanding of hygiene is non-existent. You therefore have to do all you can to stave off illnesses caused by germs and bacteria, many of which float around in the air; preparing to attack your little ones limited defences and make their lives miserable! A baby’s nursery air purifier can help give your little darlings the very best chance of avoiding the many hundreds of common cold and flu viruses that circulate in the air.

The FitAir® range offers outstanding protection for everyone from new-born babies to older adults. Air quality and children’s health directly reflect one another, this is why you will often see air purifiers in children’s nurseries; why should the home be any different? We have done our research to create the best air purifiers for baby’s bedrooms and the whole home, protecting you and the ones you love and giving you the FitAir® you deserve.

If you suffer from seasonal allergies which flare up on days with a high pollen count, you don’t have to lock yourself up indoors! Zana lets you enjoy the weather and provides you with a protective shield against pollen - putting a halt to hay fever, asthma and rhinitis symptoms.

Because air conditioning systems pull outside air into buildings, allergies can be aggravated even when you’re in the office. Fortunately, Zana goes everywhere you go, purifying the air you breathe so you only get fresh air, free of pollens as well as other allergens, bacteria and in your breathing zone.

This discreet purifier can even help prevent the spread of flu and other respiratory viruses from people in overcrowded environments. Just think of the times you’ve felt ill from the stuffy and stagnant air in confined spaces like: 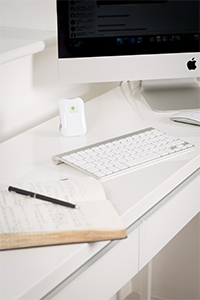 Zana really is a miniature ‘must-have’; when going on holiday for example, you take precautions like applying sun lotion, insect repellent and sunglasses – why not pack away some FitAir®? An illness can really ruin a relaxing break, but did you know that airports are the most common transmitters of epidemics? Air is also recirculated in planes and hotel HVAC systems, so you may end up breathing in other people’s viruses and bacteria!

Zana won’t just protect you from the dangers of indoor air pollutants found in enclosed spaces; it can help you when you’re out and about too! If you’re visiting a busy city or tourist attraction, there are often higher levels of pollution within such urban areas. With Zana there’s no need to let smog and pollution stop you from exploring a new place, as it will shield you from smoke, exhaust fumes, gases and sand or dust particles.

Even if you’re not planning anything exotic other than spending time in the office or getting school work done, Zana is still there for you. With this wearable purifier you can be protected from catching colds or ‘fresher’s flu’; as well as against harmful VOCs emitted from work and school based electronics like copiers, printers, computers and inks.

Zana isn’t just perfect at protecting your health, it can even neutralise strong and unpleasant odours before you have to breathe them in! If you are sensitive to artificial scents from perfumes and laundry detergents, or can’t stand the stench of cigarette smoke (or even, dare we say it – people who don’t smell great!) - Zana is your secret weapon! Quiet and discreet, there’s no need to offend anyone or let them offend you anymore! Zana is so silent, that it can be worn in a cinema or library, whilst its modern and attractive design means it doesn’t look different to other popular electronic devices. The only difference is – it’s good for you!

Designed to give you peace of mind, Zana lets you re-assert control over your personal air space!  Destroy, deodorise and oxidise indoor and outdoor air pollution with Zana and the FitAir® family; now you can create a cleaner, healthier and fresher atmosphere for you and your loved ones. 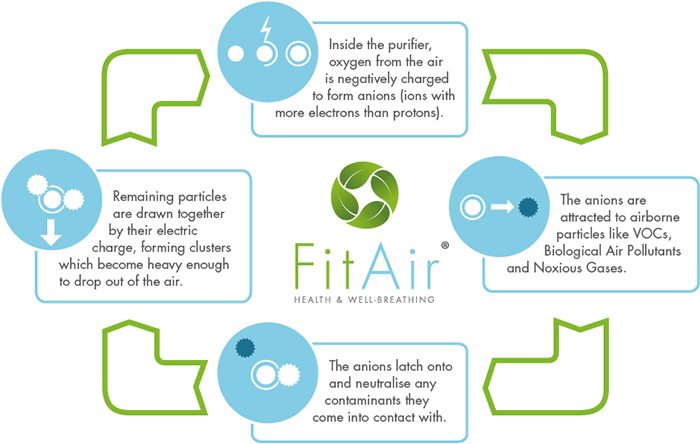 The summer months can really feel like hell if you suffer from allergies. They flare up when the pollen count is high but staying inside doesn’t help! When it gets a bit hotter your first thought is to crack open a window but if you suffer from hay fever you will have to decide if you prefer being hot and sweaty or having red, puffy eyes as pollen can be blown into the building through open windows. Air conditioning isn’t the solution either, because air conditioning systems recycle air from outside, allergens can still get in and irritate you as most air conditioning units don’t have a filter to trap them. At home, pollen is easily carried indoors by pets, shoes and clothing as well, so no escape there. Once blown inside there's a much higher concentration of these little allergens which then lead to hay fever, asthma, and rhinitis symptoms. A FitAir® unit deals with the allergens themselves so that you don’t have to choose between feeling refreshingly cool and free from sniffles and sneezes.

When summer finally comes to an end you would think that would be the end of you air related problems but no, winter brings its own issues in terms of air quality and pollution. As the cold nights draw in we spend as much time inside as possible so you need to ensure the air is fit for you to breath. Winter brings with it cold and flu for a lot of people, the viruses that cause these illnesses become trapped in our homes making recovery from them more difficult, using a FitAir® unit will take these out of the air to stop you feeling bunged up.
Learn more about the VOC’s in your home that can be damaging you and your family’s health here.

Indoor air quality can often be worse than outside. Poor ventilation makes our homes stagnant and filled with pollutants.

Over 8 million people in the UK suffer with asthma. Dust mites, pollen and mould in the home can induce and worsen this respiratory illness.

35% of the UK suffer from pet allergies. As well as feeding microscopic creepy crawlies, organic detritus (flakes of human and animal skin) can cause irritation to people with allergies. As they're so tiny, skin cells quickly become airborne and will stay suspended for long periods of time. Pet dander is commonplace in homes that haven't even been occupied by animals as it's easily carried on people's clothing.

To eradicate these problems and keep the air in your home healthy, invest in a FitAir® purifier today. We inhale and exhale approximately 20,000 times a day. By failing to clean the air we’re breathing, it becomes a chemical stew of containments which can lead to long-term health complications.

Thanks to FitAir®, creating a clean and fresh ‘airvironment’ doesn’t have to be hard work! Eliminate 99.99% of airborne germs and bacteria with the FitAir® Zana. 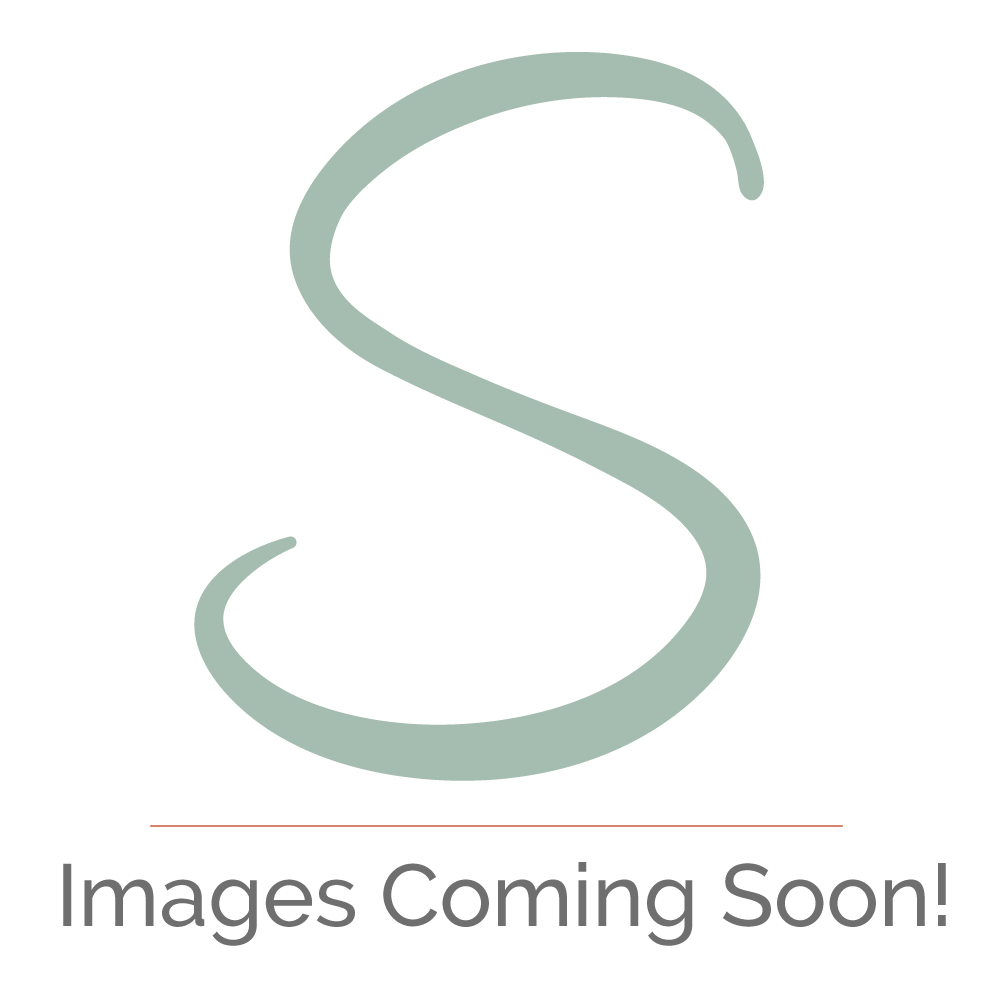