Where in the UK has the most Christmas Spirit?

It’s official! Boris has given the green light for Santa delivering presents this year! But while some living rooms are all ready for Santa’s arrival, other houses’ Clausometers have dropped to near 0.

So, to find out where in the UK has the most Christmas Spirit and where is home to the biggest Scrooges, the elves here at StressNoMore have analysed the Googling habits of people across the country for all things Christmas.

Out of the 50 towns and cities studied by StressNoMore, Leicester has been crowned the most festive place to live in the UK, scoring the highest on Santa’s Clausometer for Christmas cheer (99.4 out of 100): 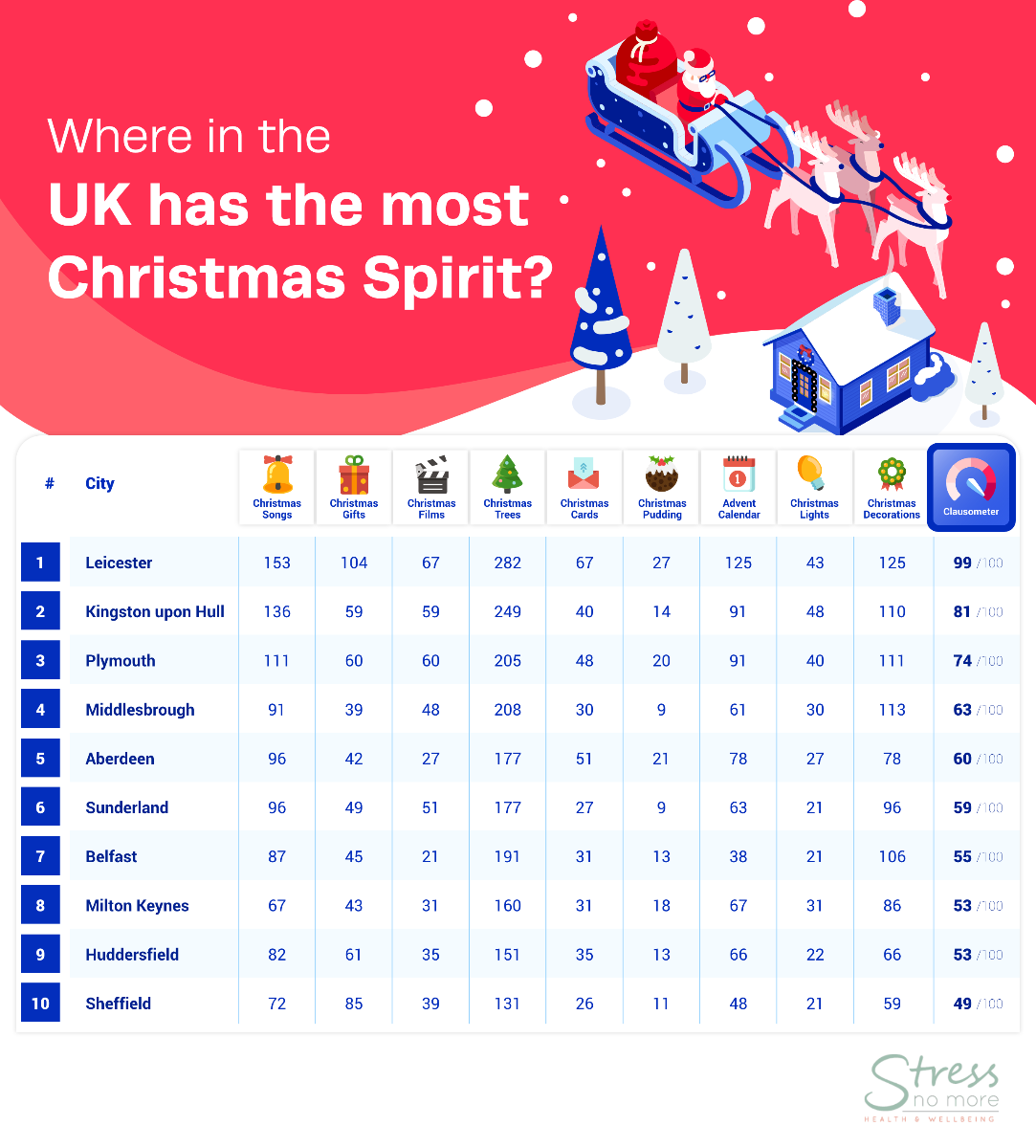 This means residents make seasonal searches on Google more than any other town (994 on average per 100,000 people). Festive songs, advent calendars and Christmas trees are what Leicester residents get most excited about during the holidays, while the dinner table divider - the humble Christmas pudding - is the least rated.

Hull comes in second place for its residents’ Christmas spirit, scoring 80.7 out of 100 on the Clausometer - or 807 festive Google searches per capita each month. Plymouth (77.4), Middlesbrough (62.8) and Aberdeen (59.8) make up the rest of the top 5 most Christmas-obsessed towns and cities.

Where in the UK has the least Christmas spirit?

At the other end of the Clausometer, Slough has the lowest levels of Christmas spirit in the UK, scoring just 2.4/100 – or 24 Christmas-related Googles per 100,000 people. Slough residents are most interested in putting up a Christmas tree, but are less fussed about Christmas cards, films and gifts. 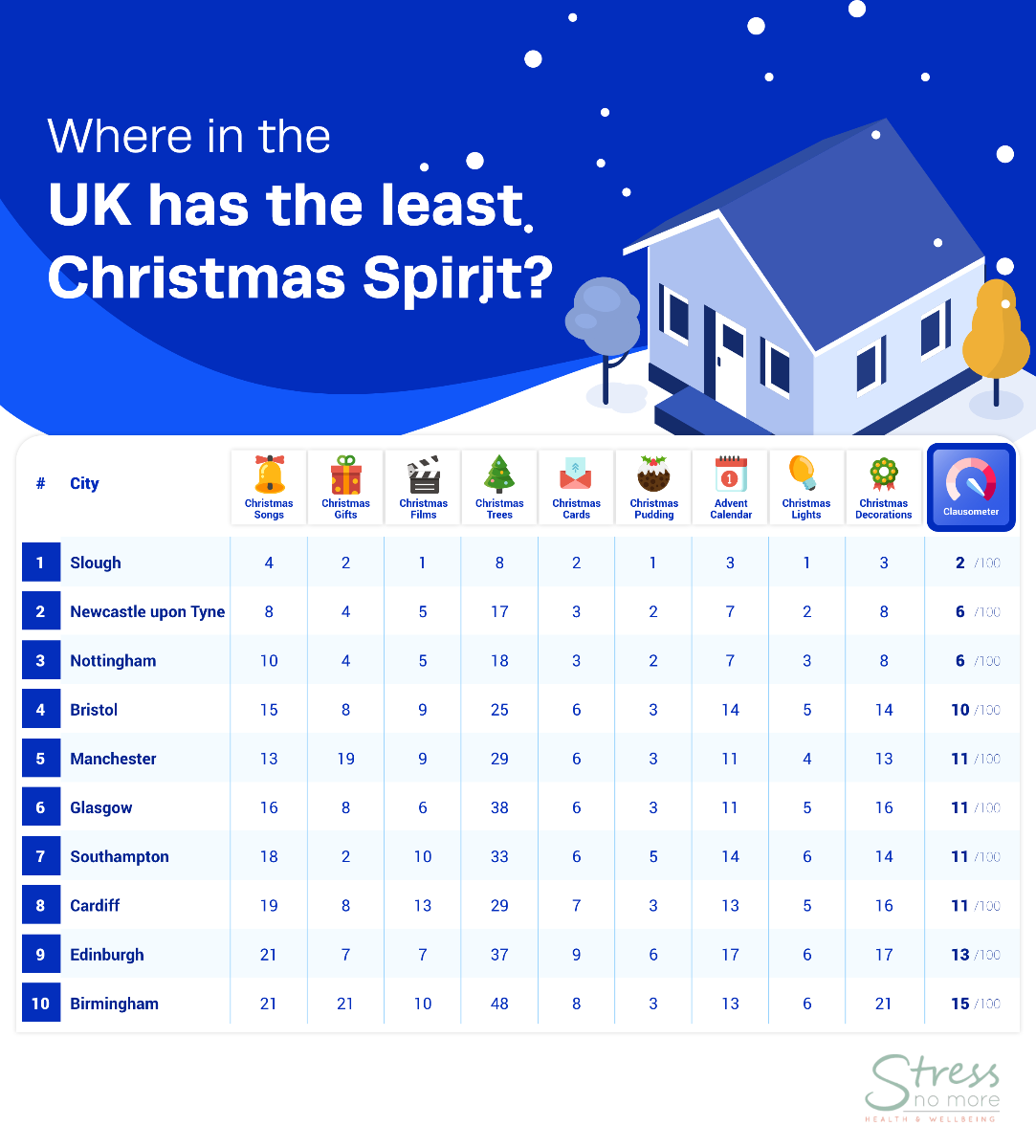 When is acceptable to start getting festive?

Christmas isn’t a season, it’s a feeling. And nothing divides the Christmas cheerers from the Christmas smearers like planning your first festivity. But when is it generally considered acceptable to start rockin’ around the Christmas tree?

We’ve managed to pinpoint the exact day that receives the largest increases in searches for all things Christmassy. So, wondering when to get your Christmas tree? When to sit back and watch Home Alone? Follow our Christmas timeline below to fit in with the crowd: 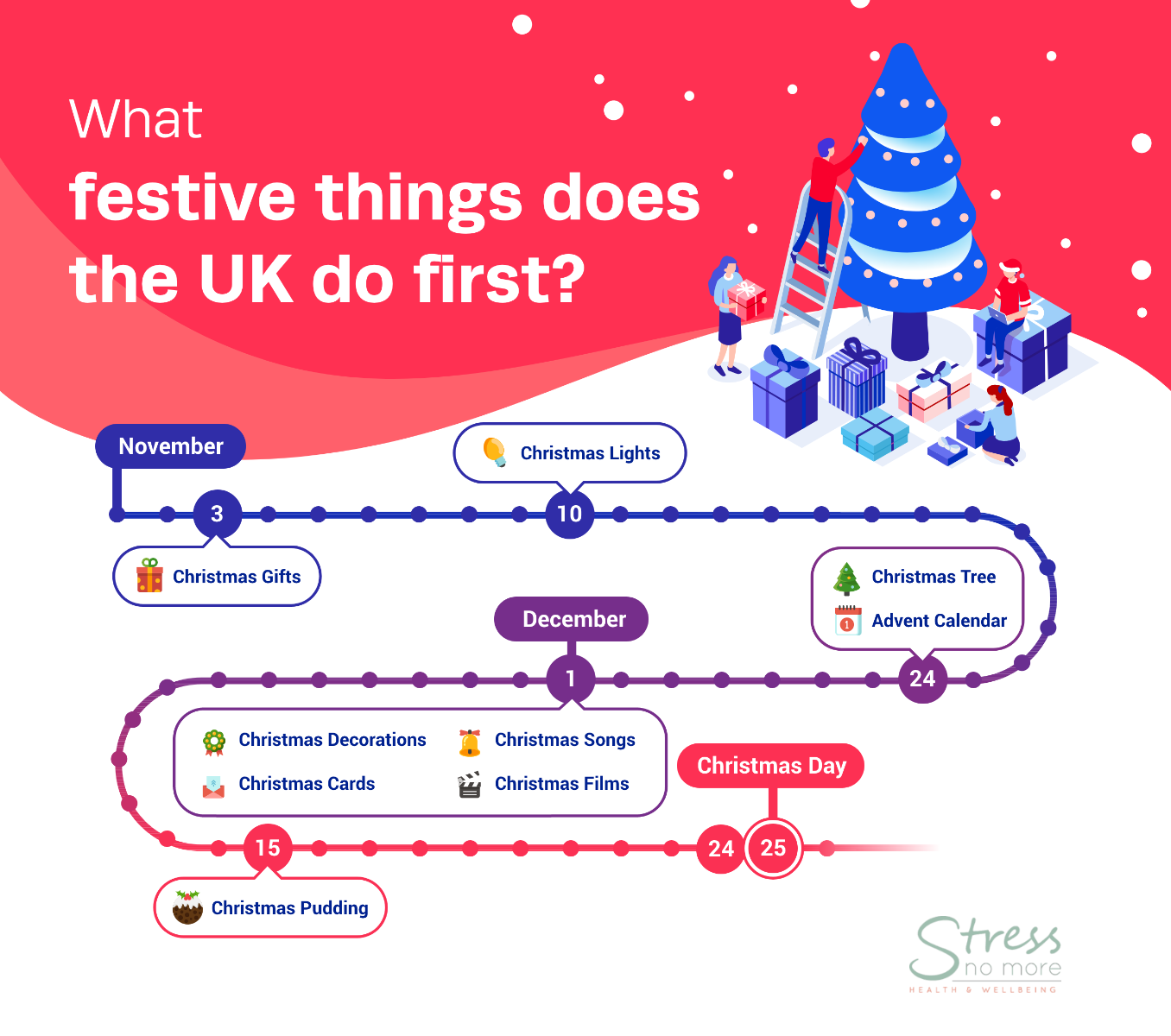 Is technology ruining the magic of Christmas for children?

Santa Claus has been a magical tradition bringing the whole family together since 280 A.D. But is technology going to be final straw? According to Google, there has been almost a 50% increase in searches for ‘is Santa real?’ over the past three Christmases.

Unfortunately, after Google returns 2.49 trillion pages in under 0.57 seconds it’s difficult for parents to avoid the inevitable question. This renders the questions is technology ruining the festivities earlier than usual for kids?

Using Google Keyword Planner’s ‘filter by region’ feature, we were able to find which region has the most Christmas Spirit according to number of searches per 100,000 people. This data was an average monthly number of search across the past 3 years’ worth of data.

Google Trends was used to assess search popularity increases for Christmas activities in the UK. The date with the earliest biggest increase in search popularity from its previous period shows what festive activity the UK does first.