Squatting gone viral! This unicorn could change the way you poo! 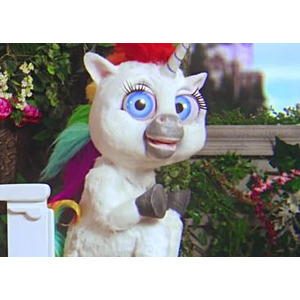 Posted in: Living Aids, Health
Here at StressNoMore, we have been rushed off our feet trying to meet the exceptional customer demand for the Squatty Potty’s. This demand is a direct result of what happens when you throw together a mythical creature, a Prince with a British accent and rainbow ice-cream of course. You must have seen the latest Squatty Potty advert! It hasn't missed anyone's news feeds on social media! It proudly boasts a Prince of Poop and a cute unicorn duo which uses its healthy and correct bowel movements to create beautifully coloured rainbow poo which doubles as ice-cream and the representation of a healthy colon - yes you read it right. This magical, satirical and out-there advert for Squatty Potty has taken the world by storm and with its gentle faced unicorn and inoffensive ‘rainbow ice cream’ has started to chip away at the stigma attached with ‘toilet issues’ here in the UK and throughout the world.

Recommended by medical doctors, healthcare professionals, princes and unicorns alike, The Squatty Potty is a toilet stool which enables you to adopt the correct position when toileting. It incorporates an ergonomic and patented design which enables you to mimic the natural squat posture. As the official UK retailers of Squatty Potty – StressNoMore have experienced what it feels like to be on the receiving end of a product which currently has over 2Million views on YouTube and is being shared relentlessly on social media. The advert is risqué, smart and informative, the perfect recipe to grab people’s attention…and attention it’s getting! A squat a day keeps the bowel problems away… We’ve seen the ‘eat your 5 a day’ campaigns and the ‘isn’t milk brilliant’ push, but could it be that a squatting unicorn is the best thing to happen to British health? Brits are often known as being rather reserved and embarrassed to talk about issues surrounding sitting on their porcelain thrones such as constipation and bowel problems, but the viral advert which educates men, women and children alike on the correct position to adopt when emptying your bowels is changing the way we think and view the issue.