Natures Naturals DermaBalm - How I Became A Smooth Operator! 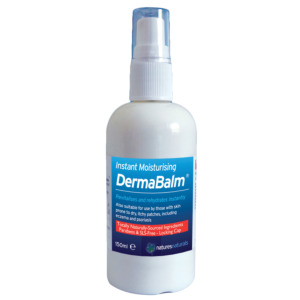 Posted in: Health
Today, we're delighted to bring you a guest blog by Bill Archer, creator of Natures Naturals DermaBalm, who tells us how he created the product to help with his wife Soo's skin allergies. Now, Natures Naturals DermaBalm, available from StressNoMore, is created entirely from naturally-sourced ingredients with no chemical nasties. Learm more about how it could help you too. 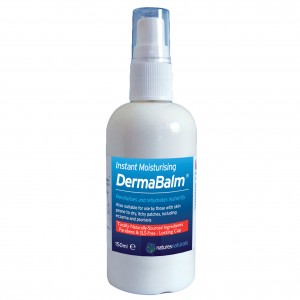 When we lived in Spain up until the end of 2001, my wife Soo’s skin allergy had been the only thing that spoiled that idyllic existence in the sun. We believed it was caused by a mixture of having a couple of pet cats and the heat combining to make her life unbearable at times. We had a constant battle to keep things in check by using all sorts of creams and balms recommended by doctors and pharmacists (many of them English ex-pats who practised in the Costa Blanca), but all to no avail. What made it more frustrating was that Soo had been raised in South Africa, Rhodesia (now Zimbabwe) and Saudi Arabia for the first fifteen years of her life, before the family moved to Spain for the next 20 years! Added to which, after we had made a couple of trips to the UK for prolonged period of three months at a time, she then suffered bad heat rashes every time we went back to visit her folks in Calpe, which was a constant source of concern for me as there is nothing worse than a skin irritation that just won’t go away. And for someone who spent the first 35 years of their life in heat that most of us in the UK never experience for more than two weeks a year, it perplexed me greatly. It seemed that whatever we got from pharmacies over there wouldn’t do the trick and as I also suffered badly with after-sun burning (some would say that less golf might have helped), I used my wife’s various sun creams and balms in an attempt to calm things down, but sadly, to no meaningful effect whatsoever. Little did I know at the time, but her problems were slowly but surely getting worse by the month and to my surprise, didn’t get any better when we moved to the more moderate climate here in England. What made things even more frustrating, was that owning a natural health medical device manufacturing company, we were constantly offered all sorts of freebies which we tried religiously. But all to no avail. We had various attempts at sourcing a product that would resolve both our problems: skin allergies, after-sun burning, plus generally dry skin that inexplicably got worse over the years (something that happens inevitably as we age). Put simply, the more we used over-the-counter and prescription creams, the worse the problems got! So, in the middle of 2003 I began the journey of developing our own product that would hopefully solve all our problems. Little did I know at the time what a minefield product formulation was! Without the help of an old friend who had progressed through the ranks of Bayer Chemicals, who had intrinsic knowledge of all things medical, I wouldn’t have known about the dangers of the most innocuous looking products sold regularly by high street pharmacies. We worked tirelessly to come up with a solution and eventually launched our first version of a moisturising spray in 2005 - and whilst it was far superior to what we had used previously, we were still troubled by the fact that it contained preservatives and other seemingly necessary ingredients that were definitely not naturally-sourced. The more I learned, the more I became really concerned about the amount of chemicals my wife and everyone else with dry skin or allergies were constantly rubbing into their skin, without any long-term beneficial effect – in fact in many cases exactly the opposite! Before starting on the journey of formulating our own product, I wouldn’t have had a clue about the dangers lurking in the ingredients of commonly sold products! Just take a look at some of these facts about commonly-used ingredients in hundreds of products you may buy every day from major UK health and beauty retailers: 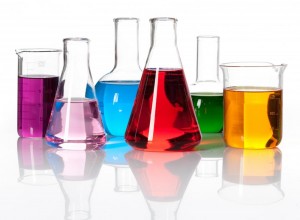 Parabens are a type of chemical used as preservatives and are commonly found in hundreds of toiletries products sold on the high street. These include shampoos, moisturisers, shaving gels, cleansing gels, personal lubricants and even toothpaste. Parabens are added to help kill bacteria, prevent the growth of mould and prolong the pre-sale shelf-life of products, but there is global concern about the potential toxic effects on the human body, caused by the absorption of Parabens through the skin. Sodium Lauryl Sulphate (SLS) is a foaming agent, also commonly used in soaps, shampoos, shaving foams, detergents, toothpastes and other products to make them lather and foam up when used. This can cause irritation to the skin, eyes and scalp, as the Sodium Lauryl Sulphate found in many ordinary soaps is exactly the same as you would find used to de-grease car engines. In exactly the same way it dissolves the grease on auto engines, Sodium Lauryl Sulphate also dissolves the oils on your skin, which may potentially cause more serious health risks. MI (methylisothiazolinone) is second only to nickel in causing contact dermatitis - where skin becomes red, sore, swollen or inflamed after direct contact with a substance. One in 12 adults and one in five children in the UK now have eczema, and contact dermatitis is one of the most common types. 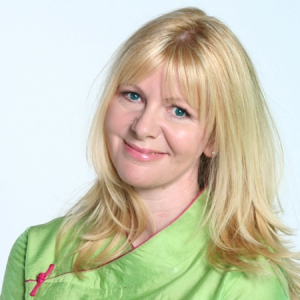 So, we formulated, we tested, we formulated, we tested some more and eventually got to the stage where we thought we’d cracked it. Then, after having enjoyed relief for over two years with our own skin problems, I submitted the new product (DermaBalm®) for review to the UK’s top natural health and beauty guru Janey Lee Grace (now of BBC Radio 2 fame in addition to being one of the UK’s leading authors and presenters of all things natural). We heard nothing for several weeks which I guess is what we had expected if I’m honest, but then, out of the blue, I received a call from the lady herself, who told me that she had used it herself and had also used it on her Mother, who to her horror, had been prescribed steroidal creams to sort out a skin problem. She instead gave her Mum some DermaBalm® and hey presto! The problem disappeared within a few days and in Janey’s words, her Mum has never looked back! In fact, once we got the formulation finalised and age-tested (along with all the other testing necessary to put a product onto the market), to our surprise she told me she was doing a video review of DermaBalm® which she would send the link for ‘in due course’ as she was so impressed with the product. I was a little nervous about what might result from an independent review, but was blown away by the positivity she projected. I knew then that we had a product worthy of launching to the public. Our quest to create a totally naturally-sourced skin care product had been vindicated and we did it without resorting to using any harmful parabens, SLS (sodium lauryl sulphate) or MI (methylisothiazolinone), or any sort of hormones to make life easier for our formulators – we chose the tough route but came out on top eventually. In fact, just the other week, MI (methylisothiazolinone) was yet again the subject of an in-depth investigation by the BBC’s Watchdog programme, who discovered that scores of major retail products contained this lethal ingredient. All-natural DermaBalm® (already known to many as 'magic milk') soothes skin problems – including eczema, psoriasis – almost instantly! The product delivers instant skin moisturising and can also help relieve the symptoms of heat rash and dry skin conditions, including for those who suffer with psoriasis and eczema. It’s also safe for Diabetics (high blood sugar results in the body losing fluid through excess urination which can cause skin to become dehydrated). People who have diabetes often develop skin problems that are attributed to their disease. Insulin acts like a growth hormone, causing skin tags to grow, rubeosis (red face), rosacea, and yellow skin. However, other subtle skin changes can be seen in nearly all people with diabetes. Skin of diabetes sufferers can also get dry especially in the legs and feet (because of diabetic neuropathy). DermaBalm® is also safe for those with shellfish allergies. It’s safe too for people who have to take Warfarin or Coumadin blood-thinners. It is simply quite amazing in its ability to instantly re-hydrate and revitalise even the driest skin. And on top of all that, it sorts out my after-sun burn discomfort into the bargain – so I can golf and garden to my heart’s content, knowing I won’t spend the next couple of days suffering. Which reminds me that I also use it after showering and hand-washing, gardening plays havoc with hands by making them very rough and dry). So, I get instantly smooth hands within a couple of minutes into the bargain! DermaBalm® is totally natural and will not leave any greasy or oily residue whatsoever; clothes and bedding remain stain-free too. That’s what I call smooth! DermaBalm® is: Suitable for skin prone to dry, itchy patches, including eczema and psoriasis. But it doesn’t end there! The product can also help with skin affected as a result of ageing: Other uses DermaBalm® can be very useful for all ages are: If your skin could choose a soothing formula, it would choose DermaBalm®! Natures Naturals DermaBalm is available from StressNoMore, and is priced at £19.99.
9 October 2013
201 view(s)
Categories
Tags were not found