Mindfulness not working? Try these other techniques to help relieve anxiety and depression 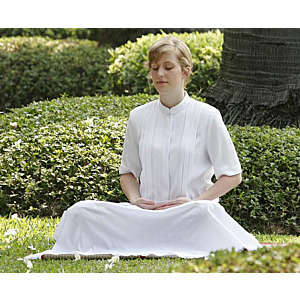 Posted in: Health
You’ve probably heard about mindfulness by now – it’s been growing in popularity for a few years through mobile apps like Headspace and a whole host of self-help books and anti-stress colouring books. It’s based on meditation and involves learning to be conscious of the world around you, de-clutter your mind and focus on the present instead of getting distracted by worries and anxiety. Research has found that practising mindfulness improves mood, lessens anxiety and stress and helps people to focus more and make better decisions. This has led to it being adopted by the NHS, schools and private companies as a way of helping people to live and work more happily. But what if you’ve tried it and decided it’s not for you? Everyone’s mind works differently so it’s important to find something that helps you rather than trying to force yourself into the latest trend. We’ve got some ideas for other time-tested ways to feel happier and more in touch with your body and soul. Is mindfulness meditation? 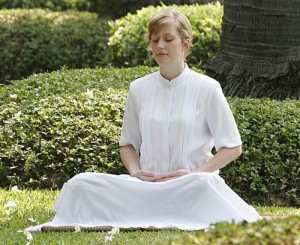 Mindfulness is often referred to as ‘meditation’, but are they the same thing? Meditation is a Buddhist tradition that goes back thousands of years. There are many different types, but the general aim is to develop awareness, concentration, insight and a sense of peacefulness. Buddhists use meditation as part of their journey towards nirvana – this is the ultimate goal of Buddhism and involves freedom from the ‘three poisons’ of desire, anger and ignorance. By withdrawing from the world through meditation, Buddhists try and release themselves from these feelings. Meditation became popular in the Western world in the 1960s as non-Buddhist people began to become interested in escaping the more shallow aspects of life. Over time this has developed into ‘mindfulness’; first developed by the American academic Jon Kabat-Zinn. He studied meditation and realised that it could be useful for people’s mental health and so set about removing the religious elements of it and giving it a more scientific background. Mindfulness takes the breathing and awareness techniques of Vipassana meditation and makes them more accessible to people who are not Buddhist. Whether or not you've enjoyed trying mindfulness you may want to explore different types of meditation and see if you find them helpful. During long meditation sessions, some people find it useful to sit on a cushion or ‘zafu’ as it makes sitting in the same position for a long time more comfortable. Our Sissel Yoga Relax cushion will help you to stay focused and get the most out of your meditation. Yoga - improve both your body and mind

Before mindfulness became the big craze, yoga was having its moment! This gentle exercise has become more and more popular as people realise the benefits it can have on both your body and mind. The stretching and body weight exercise involved in yoga has been found to improve posture and core strength, reducing low back pain and lowering blood pressure. It also offers excellent relief from stress and anxiety due to its focus on breathing and meditation – as with meditation it has roots in religion, in this case Hinduism. As Western yoga has become more separate from its spiritual roots, many different styles have developed. Here are some of the most popular ones: You can give yoga a go at a class or at home using videos; if you’re just starting out it’s a good idea to get some instruction to start with to make sure you are doing the poses correctly and not risking injury. A good way to get started is to invest in your own yoga mat to make sure your hands and feet are nicely cushioned during all those downward dogs!

Boost your happy hormones with exercise Increasing your physical activity is a proven, natural way to relieve depression and anxiety. Regular exercise increases the feel-good chemicals in your brain. These include endorphins, which have a joyful effect and are responsible for feelings of pleasure and satisfaction. It’s believed that a lack of endorphins is part of what causes problems like depression and obsessive compulsive disorder, so by boosting the level of them you can help to relieve your symptoms. Exercise also creates endocannabinoids, which are basically your brain’s natural version of cannabis! They relieve stress and anxiety and create a sense of wellbeing. If you’re suffering from an illness like depression you probably feel tired a lot of the time, so the idea of upping your activity can seem really daunting. However once you’ve gotten started exercise will actually increase your energy levels and help you to get back into a normal sleep schedule. There has been a recent trend for activity trackers which tell you how much you’ve done during the day and spur you on to meet a certain distance or number of steps. This is really helpful if you’re new to exercise as it gives you gentle motivation to keep doing more, even if it’s just walking to the shops instead of driving to get a few hundred more steps in. The Beurer AS80 is an affordable and easy to use tracker that displays your steps and distance whenever you want to check them. It links into Beurer’s handy Health Manager app so that you can set yourself goals and see how much you’re improving. By finding an enjoyable outlet for your feelings and nervous energy you can help yourself to become a happier and calmer person. Mindfulness, meditation, yoga or cardio - whatever route you take it will be a positive step towards a better life!
1 February 2016
286 view(s)
Categories
Tags were not found