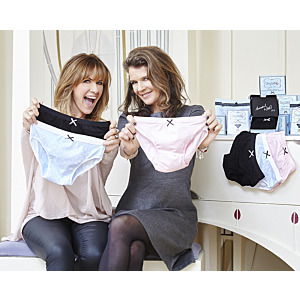 I’ve done a lot in my career, Wheel of Fortune, Changing Rooms, Holiday, but the role I am most proud of, is being a mum. It’s also the reason Annabel and I launched Diary Doll.

There are approximately 700,000 births per year in the UK alone – so it seems we are part of the best club in the world and DiaryDolls are swiftly becoming mum’s new best friend, catering for all stages of life and solving age old problems that we can’t believe weren’t solved years ago!

So what do Diary Dolls do?

We make soft, pretty and washable WATERPROOF knickers! No, not like those waterproof knickers (I know what you’re thinking)… Our pants are created to look and feel just like your normal underwear, with an invisible waterproof panel running from front to back and an extra wide gusset to hold a night time pad. Not rocket science, but incredibly simple yet effective.

Worn with normal protection, they give that extra barrier against life’s little leaks.

Annabel and I, set up Diary Doll in 2012 as a perfect solution to teenage period woes, stopping those embarrassing leaks overnight and increasing confidence during the day at school. Whilst on holiday, we’d been buying “throwaway” pairs for our daughters to wear whilst on their period so as not to ruin their good pants, (or their mother’s bed sheets ! ) when Annabel retold her own teen horror story. Leaving home at 15 to join the international tennis circuit (as you do), she suffered from very heavy periods, and not wanting to bleed on stranger’s sheets, her mother handed her a “shower cap with legs”. Recalling this horrible, crackly, sweaty plastic experience; neither of us could believe there wasn’t something better out there for young girls! And thus, Diary Doll Period Pants were born. However, over time we began to notice that it wasn’t just teenagers who loved what we do – mums everywhere were beginning to cotton on to the fact we were useful for more than just periods. Mothers who, after having children,, found that they were dreading their third sneeze, or worse – were invited onto the trampoline! Peri-menopausal women, who’s  cycle had gone completely haywire and unpredictable, expectant women, finding their pelvic floor weakening during pregnancy, women who had just given birth and didn’t much fancy the paper pants their midwife was waving in their direction. And finally, mothers whose daughters were growing up much too quickly and heading into puberty with their own period dramas and were lacking in confidence when it came to sports, school and sleepovers! That’s a lot of women! And so, Diary Doll evolved to include these groups, widening the brand from “period pants” to “perfect pants”. For periods, pelvic floor and post maternity – and two and a half years later, we’re going from strength to strength. The wonderful thing about being  female, is that we help one another, especially when there’s a problem, in a way that guys never do. As our tagline says, don’t worry girls, we’ve got your back covered! 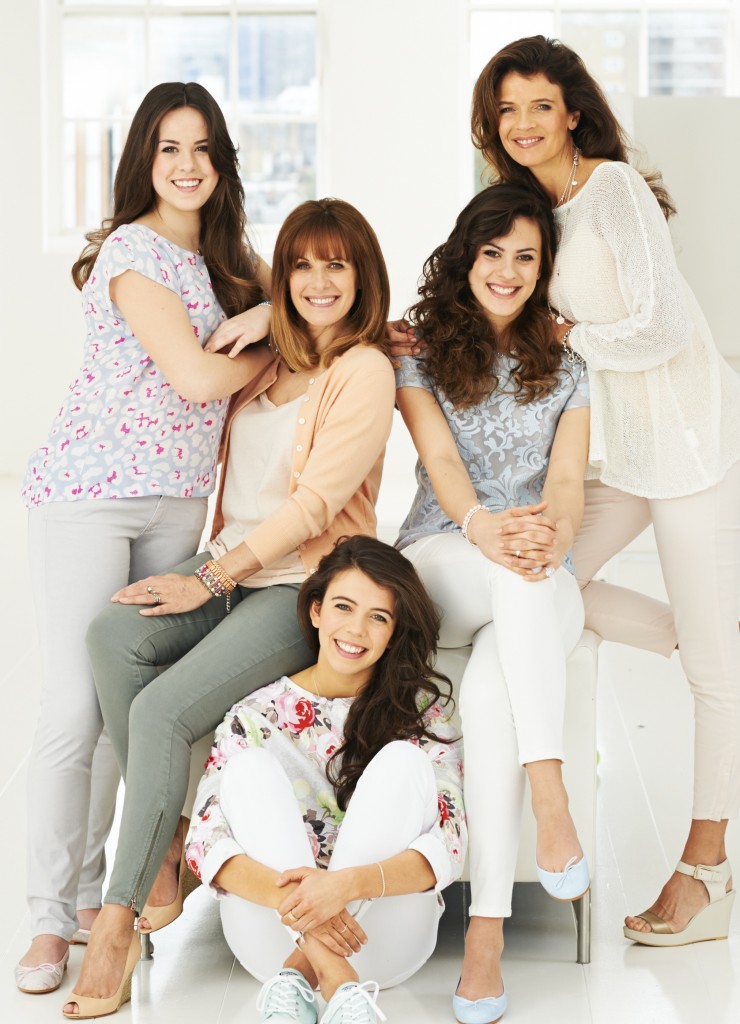 Fancy winning a couple of pairs of Diary Dolls? And you get to choose which colours too!

Here's how you can enter to win two fabulous pairs of Diary Dolls:

a Rafflecopter giveaway You can do all four for four chances of winning! After submitting your entry, make sure that you click on the “I’ve tweeted”, “I’ve commented”, “I’ve visited” button, so your entry is counted. For example: After tweeting us, copy and paste the URL tweet and then click this button: 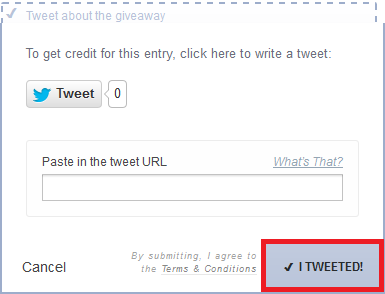