A conversation with the creator of Elvie - Tania Boler 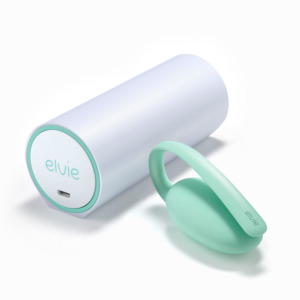 A conversation with the creator of Elvie - Tania Boler

Elvie, you may have heard of it by now, it's the pelvic floor trainer the A-listers at the Oscars recived last year.  We bring you a conversation with one of the co-creators, Tania Boler about how she created the kegel exerciser loved by Gwyneth Paltrow.

What inspired you to create Elvie Trainer?

Like lots of women, I found that becoming a mother was a real shock to the system and I hadn’t realized how much change your body goes through. My husband is French and I discovered that it’s normal for French women to attend pelvic floor rehabilitation classes after birth to help their bodies re-strengthen. Nothing like this existed in other countries, which is crazy when one in three women experience pelvic floor problems, like lower back pain, bladder control issues and organ prolapse. As I researched and talked to experts, I realized that there hadn't been much innovation at all. Giving women real-time biofeedback is shown to be the most reliable way to encourage commitment and improve outcomes of pelvic floor muscle training, but this technology existed almost exclusively in hospitals. The idea with Elvie Trainer was to use a connected tech device to create adiscreet yet fun and simple way to do your pelvic floor exercises at home... or anywhere.

What gave you the courage to finally commit to creating Elvie’s first product? Did you feel ready?

My father was a serial entrepreneur so I grew up with a real can-do attitude. Taking the entrepreneurial leap is daunting and although I am a natural risk taker, it is important to also understand and be prepared for failure. I was at a great place in my career and had a supportive network around me so that made it easier. However, for a long time, it all felt like a half-baked idea in my head. It was only when I won a government innovation competition for £100,000 that I realized it might actually work!

How did it feel when you saw Elvie Trainer as a finished product for the first time?

I can’t believe it has been two years since we launched it. I am so immensely proud of the team and everything we have achieved. Jon O’Toole and Ben Levy led the product development and they not only brought to life the original idea, they created a product and experience that far surpassed my ambitions.

What is the most common feedback that you hear from Elvie Trainer users?

We hear back every day from women who say that Elvie Trainer has helped them regain bladder control, recover from pregnancy and get on with life without having to worry about accidental leakage. Pelvic floor strength is very intimate and women often get very emotional when they discover a solution to a problem that may have bothered them for years.

Have you seen the conversation around tech and women’s health shift over the last two years?

The femtech industry has grown hugely since we first started working on Elvie’s kegel trainer in 2013. Women deserve better technology and they are demanding it, which is what we’ve been seeing with Elvie Trainer. At the start there were naysayers that didn’t think women would talk openly about the pelvic floor and bladder control but now we have celebs like Gwyneth Paltrow recommending us and we’ve been featured in glossy magazines, from Vogue to Marie Claire. With Elvie and some of the other women’s health startups, we’re forcing the investor community to take notice. It feels increasingly inevitable that there will be the first global women’s consumer tech brand emerging by the end of the decade. It just needs to happen. It is crazy that it hasn’t already. Until recently, consumer tech often just meant making a pink accessory or turning something into jewellery. Now there is the realization that women appreciate and want the best technology available.

What can you tell us about Elvie’s future and the next product?

I’m really excited about launching our next product, a connect ed lifestyle product specifically for mums, later this year. It’s coming around quite quickly now and I can’t wait to finally share it with everyone. We plan to have four products on the market by 2020 and, ultimately, the vision is to be t he global hub for connected health and lifestyle products for women.

If you could give just one piece of health advice all women what would it be?

Womanhood is to be celebrated, not something to be embarrassed about.
6 March 2018
Categories
Tags were not found