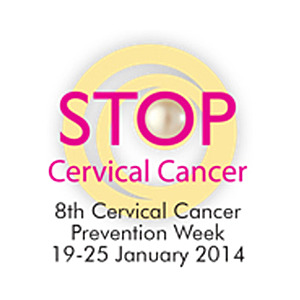 Posted in: Health
It’s Cervical Cancer Prevention Week – a time to read up on the risks of cervical cancer and share with your friends the importance of getting screened regularly. There are 60,000 new cases of cervical cancer in Europe in and 30,000 deaths each year too. The only way that we will see these fatality rates fall is if women everywhere are clued up on the dangers and get themselves checked, so here are the facts.[1] 1. Cervical cancer is caused by certain strains of the Human Papilloma Virus (HPV). Although HPV infections often disappear on their own, there are 15 high-risk strains which can lead to an abnormality in the cervical cells. Sometimes the abnormalities disappear along with the infection, but other times they can spread and develop into cancer. 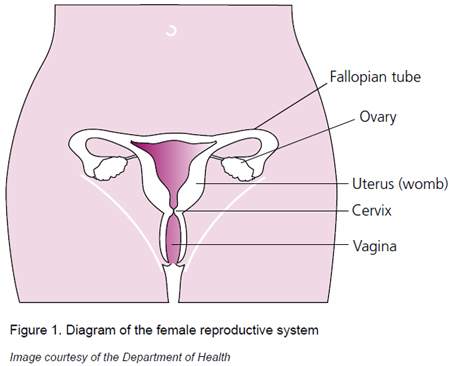 2. Sex can spread the HPV virus which leads to cervical cancer. Most adults will have had a HPV infection at some point without any symptoms or problems; it simply goes away on its own and does not cause any further problems. However it is a good idea to reduce your risk of contracting HPV by practising safe sex; use condoms with new partners and get screened for STD regularly. 3. A HPV vaccine is available to girls aged 12 and 13 which protects against two high-risk strains of HPV that are responsible for 70% of cervical cancers. Although this cannot 100% guarantee protection against cervical cancer, it can help to reduce the risk and is effective for at least 7 years.[2] 4. In the UK all women between 25 and 64 years of age should be screened for cervical cancer on a regular basis. This included those who have gone through the menopause, have had tubal ligation (female surgical sterilization or their ‘tubes tied’) or who are no longer sexually active. Yesterday the BBC reported that a huge 36% of women in the UK put off their smear test, and in doing so put their lives at risk.[3] 5. You should be screened every 3 years between the ages of 25 and 49. 6. Between the ages of 50 and 64 you should be screen once every 5 years. 7. Your GP will invite you for a cervical smear when your screening is due, so you don’t have to worry about losing track of when you had your last one; your GP will remind you and you can book an appointment that is convenient for you. The smear should be taken around 2 weeks after your last period, roughly in the middle of your menstrual cycle. 8. If abnormal cells appear on your smear you may be invited for further tests. Sometimes abnormal cells go away on their own, and other times they can develop. Further tests will need to be conducted; this could mean another smear 3-6 months later, or a colposcopy which allows a doctor to examine your cervix more closely. 9. Cervical cancer symptoms will only appear during later stages of the development of abnormal cervical cells. Only regular screening will be able to spot the abnormalities in the early stages, which is why it is so important to be screened regularly. 10. If you notice any of these cervical cancer symptoms, tell your doctor immediately. Symptoms include vaginal bleeding after sex, unusual discharge and pelvic or genital pain. All these symptoms are also signs of other conditions, so even if you’ve recently been screened you should consult your GP as there could be something else wrong. So, now you know the facts, pass this blog on to your friends and family; it could well save a life. If you’d like to get involved in fundraising or other campaigns in the UK, visit Jo’s Cervical Cancer Trust for ideas and resources: http://www.jostrust.org.uk/
[1] All information is from the European Cervical Cancer Association, http://www.ecca.info/index.php
[2] NHS Choices, ‘Cervical cancer vaccine’, http://www.nhs.uk/Conditions/vaccinations/Pages/hpv-human-papillomavirus-vaccine.aspx [3] BBC News website, 20th January 2014, http://www.bbc.co.uk/news/uk-wales-25802641
21 January 2014
292 view(s)
Categories
Tags were not found