Smear for Smear with Us this Cervical Cancer Awareness Week

Posted in: Health
We’re getting involved in Cervical Cancer Awareness Week. One in four women in the UK doesn’t attend their cervical screening. We know it’s easy to put it off; whether you’re too busy, don’t feel you’re at risk or are scared of the procedure. But we’ve got the facts on why it’s so important to make time for your smear test! 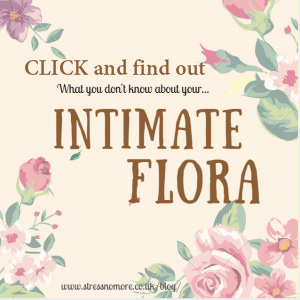 Your cervix is at the top end of your vagina; it separates your vagina from your uterus and has a small hole in it that allows period blood through and opens up during childbirth. Cervical cancer happens when tumours grow on your cervix. One of the main causes of cervical cancer is HPV; an extremely common virus that around 80% of people come into contact with at some point from having sex. It’s usually completely harmless but can cause the cells in your cervix to become abnormal and cancerous. Girls are now vaccinated against HPV at the age of 12, but if you were born before 1991 you probably haven’t had the vaccine. There are a few signs of cervical cancer: You won’t necessarily experience clear cervical cancer symptoms, which is why it’s so important to go to your cervical screening when you get invited for one.

Going for a Smear Test

After the age of 25 you will be invited to have a pap smear every three years. This changes to every five years after the age of 50 and stops at 65 as you are less likely to develop cervical cancer then. Unfortunately, 1 in 4 women don’t go for their cervical smear. There are various reasons for this; you may feel embarrassed, think you’re not at risk, feel worried that it will hurt or just not feel that you have the time to go to an appointment. Cervical Cancer Awareness Week is focused on getting all women of smear test age to get tested. We know it’s tempting to put it off, but having this test every few years is hugely important – cervical cancer is the most common cancer in women under the age of 35, with around 3000 new cases each year overall. When it’s detected early it can be treated successfully in two thirds of cases. Getting tested is generally just a bit uncomfortable, not painful. The nurse will insert a speculum into your vagina then gently gather cells from your cervix using a small brush. It takes less than five minutes and you can have it done at your GP or at a sexual health clinic. You’ll get your smear test results in the post within six weeks. If there are any abnormalities, you’ll get a phone call; this is the case for around 7 in every 100 women who have the test. We hope this encourages you to book yourself in if you’ve been putting off getting tested. By making that little space in our schedules every few years we can beat cervical cancer!

Think You Know How to Do Kegels? Think Again! What you don't know about your intimate flora Endometriosis Awareness Week - Let's Beat the Invisible Disease
18 January 2017
190 view(s)
Categories
Tags were not found